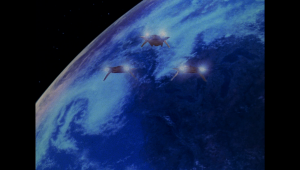 Vistula is an agricultural planet in the Epsilon Ludi stellar system, accessible via Stargate 5.

Some time prior to 2491 CE, Humans settle on Vistula and a group become nomads living in the Sea of Stone; in the decade or so leading up to 2491, the nomads would begin organizing under Kaleel, a charismatic cult leader who fooled a large majority of the Sea of Stone's people into believing that Earth was their enemy, including their appointed governor, Tabor Saroyan.

Under Saroyan, appointed by the Earth Food Directorate for three successive terms over approximately two decades, the workers of Vistula cultivate vegetable and protein product to be constituted into food discs to supply the nutritional requirements of Earth. Kaleel and his followers are able to introduce poison into the food shipments over a period of time, by integrating them into the packaging of the food itself from Processing Plant 347: food meant for the Earth Defense Directorate's pilot corps in New Chicago. 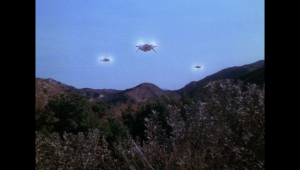 Following the launch of Kaleel's plan, as well as William "Buck" Rogers and Duke Danton's discovery of Kaleel's massive holdings of Scorpion fighters in the Sea of Stone, his military leader-for-hire Galen leads a disastrous offensive against the weakened Defense Directorate. The inhabitants of the Sea of Stone are subsequently freed of Kaleel's influence, and Saroyan's son, Regis Saroyan, and future daughter-in-law Ryma return to Vistula to undo the damage inflicted by Kaleel's machinations (BR25: "Planet of the Slave Girls").